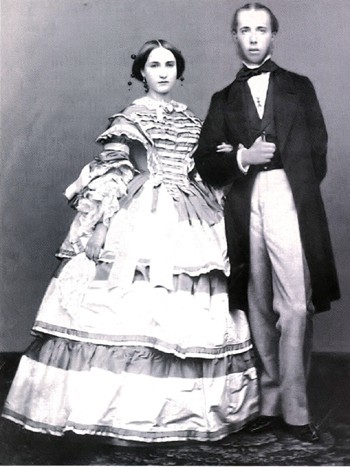 Did you know France occupied Mexico in the 19th century?! We’ll go over the reasons and outcome of this rather sterile military venture as well as the fateful destiny of the French appointed emperor, an Austrian Archduke, and his wife, daughter of the first Belgian king.
From 1862 to 1867, the French Emperor vainly hoped for the creation of a vast and strong Latin Empire bordering the United States.

On line conference with Zoom.
The link is provided after booking.