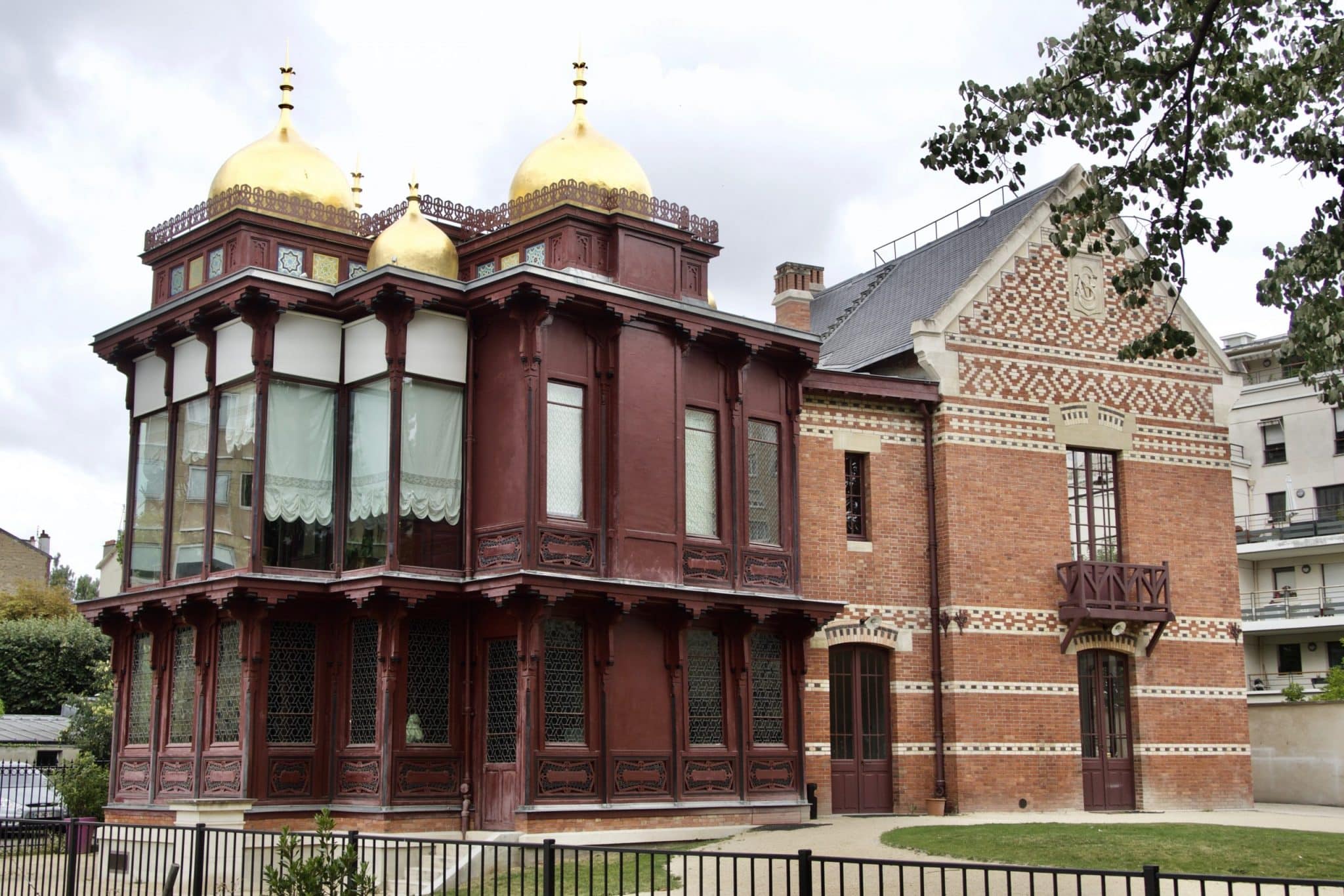 Courbevoie is a charming town west of Paris. The Seine banks that inspired painters was overlooked by a now disappeared castle.

The first one offers a large facade facing the Seine, made with colored wood. It used to be the Norwegian and Swedish pavilion at the 1878 Paris fair. The back side, made of stone is the entrance to what is now housing the Roybet Fould museum. The Fould, a rich Jewish family, made it big with the grand father being appointed a top minister of Napoleon III during the Second Empire. His grand daughter went into painting and decided to collect the works of F. Roybet, her former teacher.

A short walk into the park takes the stroller through memories of the old Courbevoie. At the other side, another 1878 fair building stands as an even bigger surprise: the beautifully restored golden domes top the former British India’s pavilion.
Exceptionally open, it shows diverse objects, furniture and incredible marquetry decor.

2,5 hrs  walk in English including two museums and the walk from and to the train station. (12 people max.) WEARING A MASK IS MANDATORY! Small groups are privileged to keep social distances and health regulations.