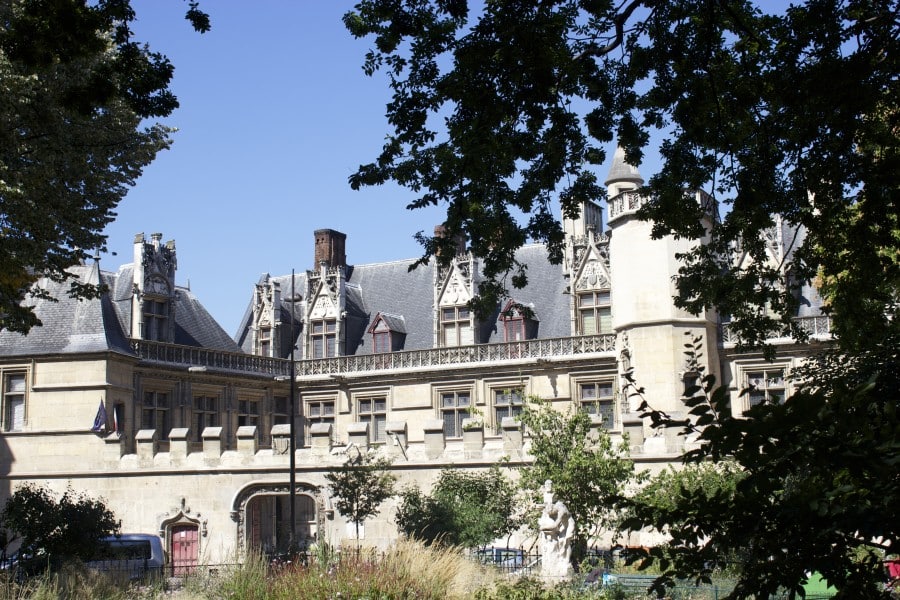 The Latin Quarter walk aims at understanding the charms and hidden secrets of the “Rive Gauche” (left Bank) of the Seine River. We’ll start at Saint Michel outside the fontain and will beguin to understand what the area and urban planning looked like through history, first at the Roman period, then during medieval times, prior to the massive changes due to Haussmann in the 19th century, giving the face it has today. Strolling between narrow winding medieval streets and major boulevards, we’ll have a chance to see and visit some of the most beautiful monuments of the 5th district: various churches, the Pantheon, the Sorbonne university, the Middle Ages museum, the Roman terms and many more little known and incredible sites.

Note this tour doesn’t include tickets entrances to monuments.

The Latin Quarter is intensely linked to the history of Paris. The Romans, after conquering the Gaul city of Lutetia in 52 before Christ, set up on the Cité island, but quickly expanded on the left bank of the Seine river leaving several monuments we’ll discover a few of them along the route.

Walking side streets after Saint Michel, we’ll discover the Saint André des Arts area, vibrant with shops and tourists, but amazing memories ans insolite stories are hidden in courtyards and back-alleys, especially around the gallery leading to boulevard Saint Germain, and where the guillotine was tried for the first time on sheep, but also maybe a few criminals.

Crossing the Boulevard, we’ll take a look at the university of medicine where the visit of an eerie museum of anatomical items illustrating diseases and malformations can be arranged. Between, gardens, amphitheater and chapels, we’ll discover the last medieval building of an ancient abbey, used as a famous rally club during the French Revolution.

A short stroll nearby take us on Boulevard saint Michel, main axis of the area. The Roman baths are right across. On top of them lies the Middle Ages museum, with outstanding collections including tapestries, sculptures, marbles and capitals or heads of statues destroyed during the Revolution. Above all, the house, built on top of the Roman baths shows delicate and pristine decors and architecture.

On the other side of the garden facing the museum is located the main entrance of the Sorbonne, one of the most famous universities in the world, the fourth ever started, in the 13th century. Some of the buildings are from the 17th century, most of them from the 19th. Cardinal Richelieu is buried in the somptuous chapel.

At the top of the street lies a big square, roughly where the anciant Roman forum was, where a huge Church is now to be seen: the Pantheon, built in the 18th century to replace the old ruined Church of Saint Genevieve, saint patroness of Paris. It has been transformed after the Revolution as a secular mausoleum containing the remains of distinguished French citizens.

The whole area is full of insolite traces of the past, fascinating ruins and sites showing the rich past of the neighborhood, between bohemian artistic places, bourgeois mansions, and educational buildings. Just behind is situated the only Renaissance Church of Paris, famous for the beautiful rodscreen, amazing 16th century stained glass Windows, and the reliquary containing the relics of the celebrated Saint. Taking the rue Mouffetard, located on the top of the hill, around which so many well known people lived, we’ll contemplate the life of the area, beating day and night, where students are used to rallying since the Middle Ages, and where we’ll end the tour.