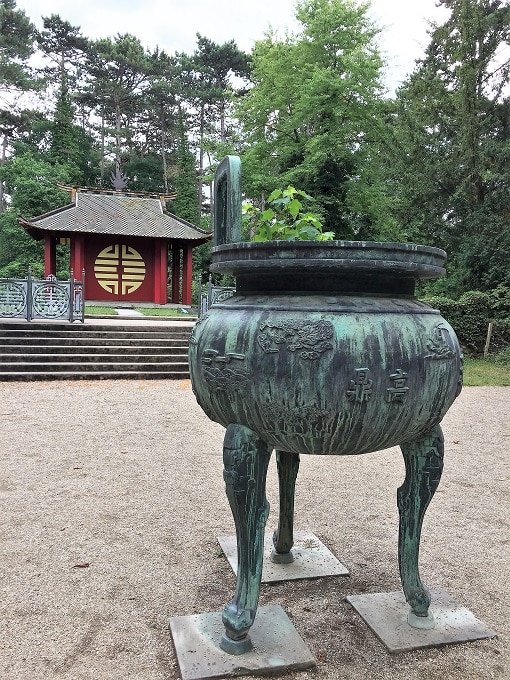 The the tropical gardenvisit with the remains of the 1907 colonial exhibition is like journeying in totally different worlds, from Indochina with temples and lush vegetation to North Africa with various pavilions from Tunisia or Morocco, through Congo, Madagascar and many more. This tour takes the visitor to an exotic trip in the footsteps of the former French Empire’s different cultures!
A break is also planned at the vast greenhouses where an association of enthusiasts present and sell their locally grown fruits and vegetables produced by permaculture.

The agronomic tropical garden, located on the edge of the Bois de Vincennes, offers an exotic and bucolic walk in an area known by few and walked by even less. The tour will uncover this garden’s very unique history. Indeed, when it opened at the end of the 19th century, it was, with over 5 hectares of land represented a synthesis of the French Empire. All the cultures of the former French colonial empire were represented in this space.

In addition to the rich and varied vegetation, the remains of the colonial exhibition of 1907 are scattered around the garden. A set of pavilions symbolize the various components of the French Empire. While some are derelict, others have been beautifully restored and all in the lush green setting, denote a quaint charm.
An overview of the French colonial past is planned throughout the walk to put the 1907 exhibition in context and will be extended to other monuments dedicated to the dead soldiers from various parts of the Empire during the First World War. It includes the only remaining pre-war tribute to Black soldiers who died for France.

Beyond the vestiges of the colonial exhibition, at the edge of the park, the tropical agronomy garden is a living and cultural area which people can wander around and relax on the grass. Some buildings are used by a local association, which demonstrates to visitors its permaculture production techniques of organically produced fruits and vegetables in surrounding greenhouses. All of the products are for sale and others are even made into tarts or soups, which are also available for visitors to taste there and then!