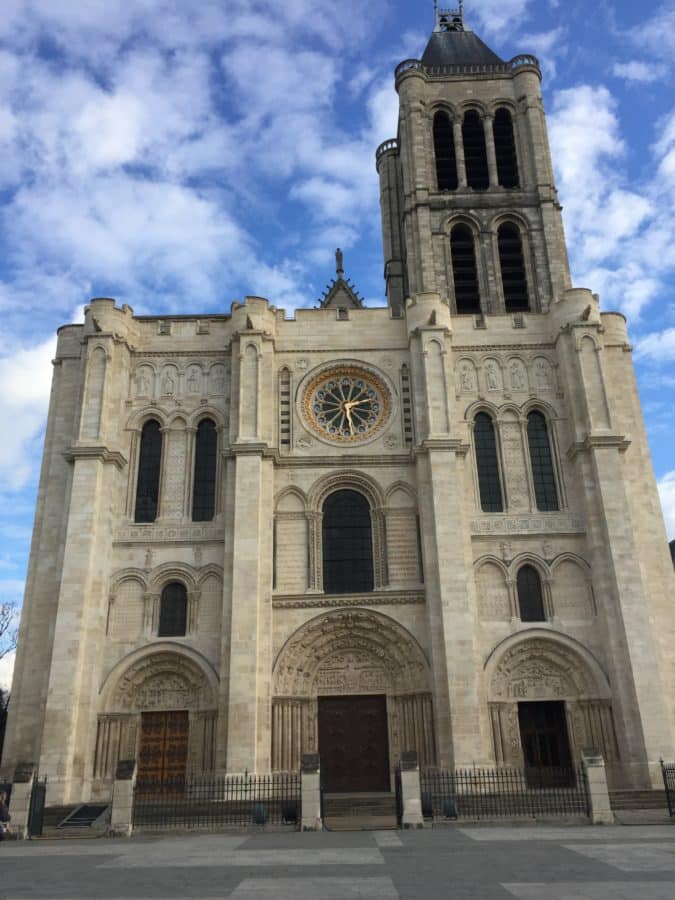 The tour begins at Saint Denis, where we will visit the sprawling, lively market. The stalls lead to the pedestrian street, the town’s central artery. At the end of this road, a large open square offers a fantastic view of the majestic Basilica. The visit includes the tombs of the kings and queens of France, the crypt and its treasures, and the central part of the cathedral.
You will also have the opportunity to admire other remarkable features of the town, like former buildings of the Saint Denis Abbey, the former Carmel monastery, and the pretty Légion d’honneur park. The walk ends near the metro and tram stops in the newer area of Saint Denis.

The Royal Saint Denis tour starts at the market, one of the country’s largest. Located right in the town center, around a covered area, the market is a great place to take in the diversity of the town, home to over 140 different nationalities. The walk through the stands ends at the long pedestrian street that opens out onto a wide esplanade, where Saint Denis Cathedral stands. The cathedral is all that remains of the powerful Abbey built from the 6th century.
Abbot Suger had the current structure build in the 12th century, with the first gothic ornaments. A very prestigious place, the abbey quickly became the burial place for the kings of France. In the 13th century, King Saint Louis had recumbent statues of many ancestors sculpted, and had their bodies brought from all over France. During the Revolution, all the tombs were emptied and the church was damaged. In 1815, restoration began, and all of the tombs were moved and housed in the current structure. The remains of the kings and queens were assembled in the crypt behind two plaques that list their names.

The tour continues through the town, along the Légion d’honneur school, former convent buildings belonging to the Saint Denis Abbey, today reserved for educating the nation’s elite. The roads that follow remind visitors of the town’s artisan and medieval past, before leading to the beautiful former Carmel monastery, now the excellent Saint Denis art and history museum.
Not far away is the pleasant Légion d’honneur park, which not only boasts a wonderful green space in the heart of the town, but also fantastic views of both the former abbey and the back of the Basilica. The tour ends at the edge of the town center, in an area that is being modernized; the new face of Saint Denis. The vast stade de France (football stadium), surrounded by a brand new financial district is located at the heart of this renovation, and marks the transition from a royal past and the city of Paris just beyond.