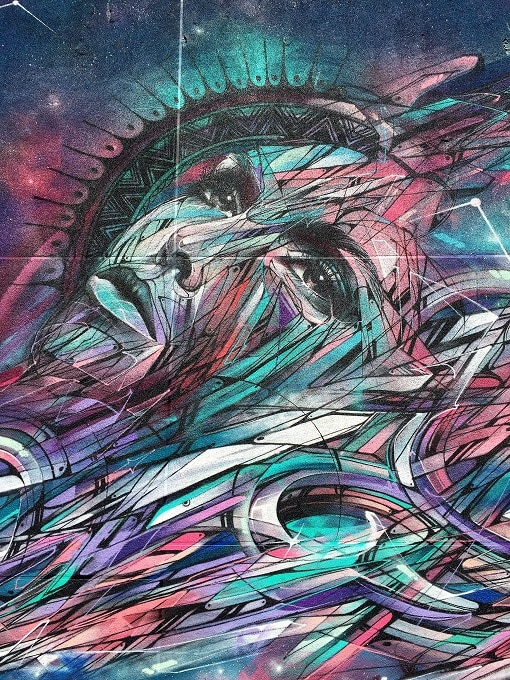 Street art is evolving, and some artists now become as much as other contemporary creators with works in galleries, sometimes entering museums or private collections.
Paris does not escape this rule and the creation is abundant. Interkultur offers two routes: between Oberkampf and Belleville in the north of Paris, and at the Butte aux Cailles, on the left bank.
Urban art, street artists and their technique will be presented in their diversity. The itineraries will vary according to the actuality of street art, ephemeral in essence and therefore, with some notable exceptions, in perpetual movement.

Categories: All the visits, Paris Walks

The Paris street art tour runs two ways to choose from, in two different districts of Paris particularly appreciated by graffiti makers and other urban artists.

Street art between Oberkampf and Belleville:

The rue Oberkampf, known for its intense nightlife, has become over the years one of the favorite spots for street art. From the beginning of the tour, works, sometimes quite old, well hidden and yet in broad daylight, will be revealed to you.
Moving up the street, other urban artists’ works will be presented, in their diversity, thanks to their imprints left everywhere in the public space.
The adjacent streets, smaller, will also reveal other frescoes, collages or particularly interesting graphs, according to the actuality of street art, always in motion.
Passing the boulevard, the tour will continue on the heights of Belleville, between winding streets and panoramas of the city, where impressive frescoes succeed to more personal works, left by world famous artists.
A passage is obviously planned by the famous rue Dénoyez, full of history and genuine open-air street art gallery, in constant renewal with works under threats of disappearing due to new urban city planning.
The end of the visit will be between the metro Belleville and Ménilmontant, according to the graphic evolution of the places.

The second itinerary takes place in this charming district in the south-east of Paris, with airs of village with little changes since its creation at the end of the XIXe century.
Partially hidden behind modern high-rise buildings, the Butte aux Cailles, not much passed by tourists, has become one of the favorite territories for street artists with great diversity.
Indeed, the streets alternate graphs, frescoes, collages, mosaics, paintings or objects in relief, often crossing an aesthetic or artistic logic, even sometimes historical or political. Miss Tic, one of the figures in the neighborhood, left a large number of murals with sharp, ironic notes.
Some other places are similar to the open galleries of Belleville with a large number of artistic expressions on the walls, thus constantly evolving, although some works, signed by artists now famous, are protected or indeed resist time.