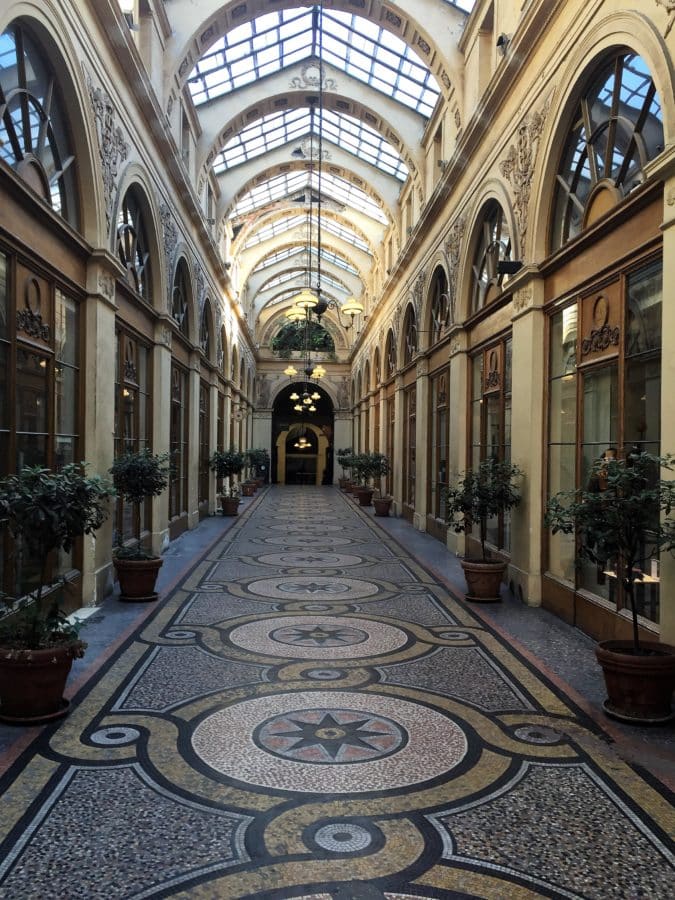 Strolling under the beautiful glass walkways of Paris. From the Palais Royal pleasures galeries to the performances of the Grands Boulevards, discover the vibrant life of the city in the nineteenth century between elegance, roguery and marketing.
The walk will explore the most well known and beautiful passages of the right bank from North to south, strolling casually through houses, sneaking quietly from one street to another, the transition is definitely a Parisian invention.

From Napoleon to the 2nd Republic in 1848, and thanks to real estate speculation, Paris passageways and galleries were the place to be. People used to walk there to be seen and to meet. The urbanization of the capital under Napoleon III, the pressure on land, the construction of spectacular buildings for the time and modernization of the city transformed the sights of Paris and passageways faded away. It was not until the 1980s that their particular charm was rediscovered.

The tour offers an exotic journey through the chic and animated passages in the heart of the capital.
Our tour begins at the Grands Boulevards, with the lesser-well known passages Jouffroy and Verdeau, dating from the mid 19th century; they are exemplary for their special atmosphere and typical shops.
We cross the Boulevard Montmartre to the Passage des Panoramas, the first of all the Parisian passages, created in 1799, a symbol of luxury and ambition displayed in the 19th century, traces of this remain in the lively atmosphere due to the booming business surroundings.
If the Passage des Princes, close by, witnesses recent and unexpected transformations of these Parisian gems, Colbert and Vivienne galleries retain the luxury and often original shops. The passage of the Two Pavilions, one of the shortest and most charming, leads us to the galleries of the Palais Royal, also witnesses of intensity and diversity of life in these places where was born the French Revolution, but, previously, the Parisian fashion.
Not far away, the first gas-lit passage in Paris is a symbol of speculative urban projects of the 1840’s, of which he keeps all facades.
The tour then takes us to one of the most luxurious passages, and its quieter extension across the street, despite the presence of the last sawmill still active in Paris.
Finally, we’ll end the tour with the discovery of a superb and secret well hidden passage, known to locals only.