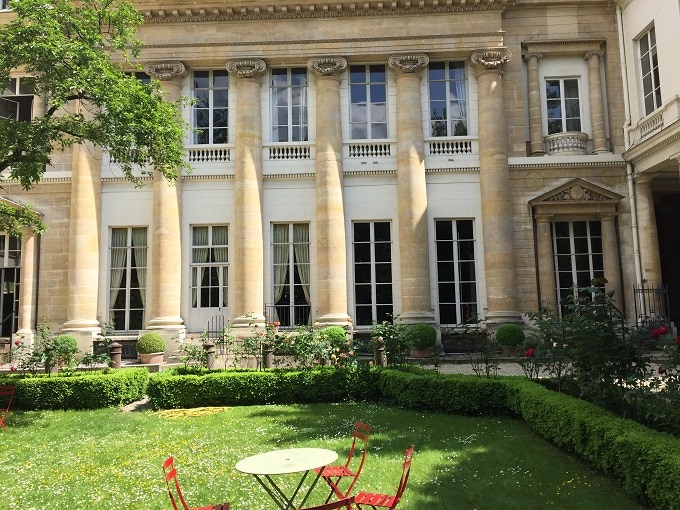 The walk will show mansions and places once occupied by Napoleon’s most famous generals or ministers. If most of them are hidden behind closed doors today, a few will allow us to go and feel the quiet atmosphere and luxury with lavish decor and beautiful trimmed inner parks.
One of the most unusual shop in the world will also be one of the tour’s highlights.

This tour aims at showing different places around Paris’s seventh district. Most of the beautiful mansions, used by embassies and ministries today, were occupied by the highest ranking members of Napoleon’s regime at the start of the 18th century.
The Faubourg Saint Germain area was the place to be for the aristocracy of Ancien Regime before the French Revolution. This largely explains why Napoleon’s brand new court members wanted to associate with such a prestigious area, even if the former Royal courtisans never mingled.
If most of the beautiful building are behind closed doors today, the tour will speak of the well known people who once lived there, leaving sometimes amusing or terrible memories. Along the walk, we’ll be able to enter several places, such as this first building, with a large park behind, now home to a first class restaurant and exhibition centre.
The most amazing place, fascinating with history, will show a beautiful mansion, where Napoleon came as a young and successful general, before taking power. From the beautiful and quiet park in front, other fantastic houses, close to the public.
In the vibrant neighborhood, filled with stores and lively cafés, another break has been arranged in a very unusual store, set in an 18th century building, occupied at some point by a general of Napoleon’s Great Army.
The end of the tour will highlight more places, including the former town hall of the district during this epic era, where a very secret restaurant is now hidden as well as the beautiful mansion in the back of the courtyard, now transformed into a convention center for seminars or weddings.