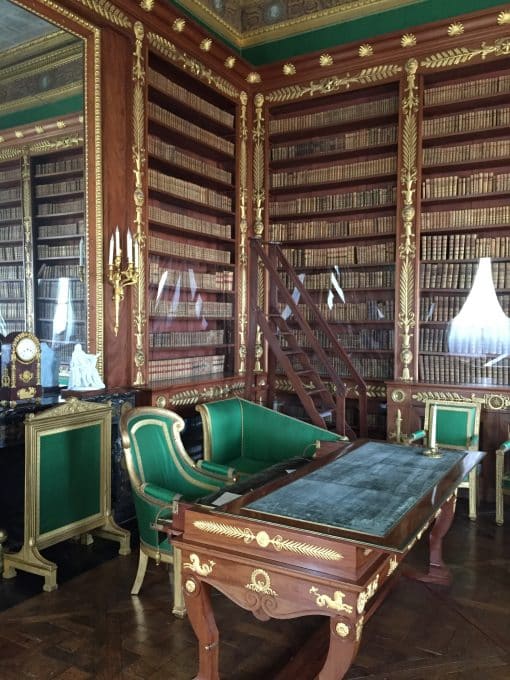 The day tour in Compiègne will highlight the wonderful assets of the city, with many antique and historical sites set along the Oise river. The visit of the palace will be the most important part of the tour, with valuable objects from the First and second French Empire and a unique pristine antique automobile museum.
Other great sites are on the program including street houses, Medieval remains, historical anecdotes and special churches.

Practical informations:
• Meeting point: to be confirmed
• Duration: around 6 hours
• Train and walking tour
• From 50€ to 250€ per person (min: 2 people / max: 20)
• Transportation and all sites tickets included.

Compiègne is a bit away from touristic paths although fantastic places are to be seen. The charming city is important in France since the Carolingians dynasty, with a few kings using the city as a capital of France from 8 to 10th century. A few sites, including an old monastery and ruins still witness these grand moments in the city centre.
The medieval times left also multiple churches, towers and half timbered houses lining lively streets. One of them houses a splendid treasure made of relics and gifts favored by the constant presence of the Royal family.
The Chateau standing today dates the 18th century when Louis the 15th decided to erect a brand new one. Set at the border of a vast forest rich in game, the chateau has hosted heads of states frequently giving in hunting.
Napoleon the 1st and Napoleon III where regulars and most rooms keep furnishing from these periods. An aisle has been dedicated to the Second Empire era, with rare objects and souvenirs.
The Palace houses also an incredible collection of old carriages and sledges from the kings days as well as an antique collection of automobiles with unique examples from the second half of the 19th century, numbering as some of the first ones in the world.
On the way back, the tour will give the opportunity to admire more antique houses, the imperial theatre, but also the remains of fort significant in the fighting of Joan of Arc during the 100 years war.