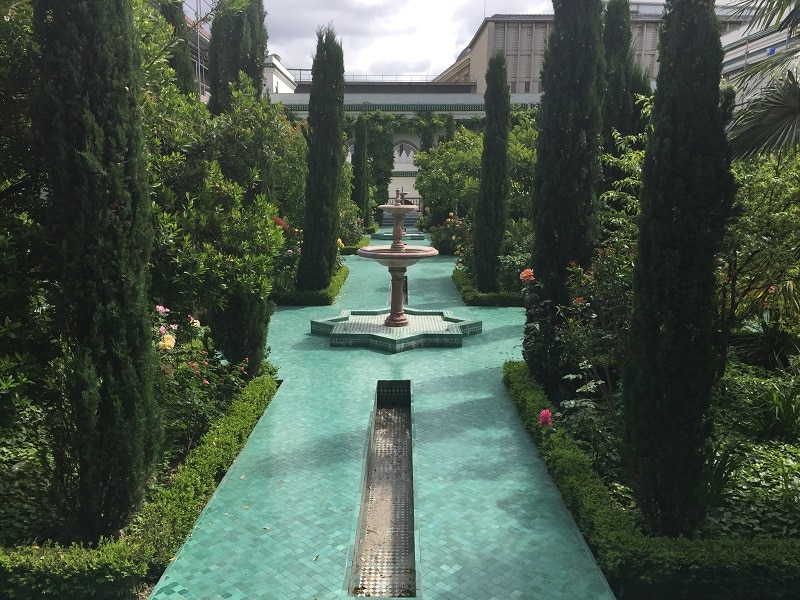 Immigration and other faces of Paris

Immigration and multi cultural Paris : From the first migrant workers who came as a result of the Industrial Revolution in the 1840’s to massive immigration in the 1960’s, explore different faces of Paris through various districts in the North and East of the city, a colourful market and a mint tea at the superb Paris Great Mosque where today’s situation as well as related topics and overall immigration questions will be debated.

Immigration and other faces of Paris

This tour will take a look at the social and neighborhood changes in the outskirts of Paris, where Immigrants usually settle throughout history.
We’ll first start at Château Rouge métro station, where the African community is prominent since the 1980’s. With a stroll through the African market, we’ll have a look at products found nowhere else in Paris and see the changes in the neighborhood in fifty years.

At the end of the market starts the Goutte d’Or neighborhood, home to the oldest North African area in Paris. Its name comes from the vine leaves growing there in the 18 century. The quarter undergoes massive changes with a gentrification and newcomers of migrant origins, new city urban plans, new mosques and cultural centres, but also facing difficulties like crime or unemployment as well as rough protests against Israeli Policy in the middle east. We’ll see that both African and North African neighborhoods witness other changes with immigration still rising but not only from ancient French speaking colonies.
After a short walk, we’ll go through another area, at la Chapelle, now the core of the sub-Indian continent immigration. For just over 15 years, the quarter is now filled with Indian, Sri Lankan or Pakistani shops and restaurants.

After a metro break (line 2 over ground leaving an interesting view), we’ll stop at Belleville to discover one of the most fascinating area in Paris. The quarter hosts different communities, from the old South European before the second world war, to the second biggest Jewish neighborhood in the 1950’s as well as more recent African and North African settlements to the more recent Asian one, second biggest in Paris. The area is also popular with Young people from all over Paris and France, searching for cheaper rents and active nightlife. The mix of communities gives an interesting blend not seen elsewhere in Paris.
After another metro break to Austerlitz station, we’ll end up the tour at the Great Mosque, fascinating structure housing also gardens, luxury hot baths, restaurants, shops and a bar where we’ll enjoy a typical warm mint tea.
It was built in 1937 as a gesture towards all Muslim fighting for France during the First World War. Material and craftsmen from all the French empire where then involved to come up with the most beautiful construction.
This last stop will provide an opportunity to discuss many issues, most notably the change in French social structure following the past and more recent immigration, antisemitic acts growing as well as the rise of the National Front, the nationalist party, hostile to all immigration.

A walk through The colorful Barbès or Belleville market will also be included, depending on the day of the tour.