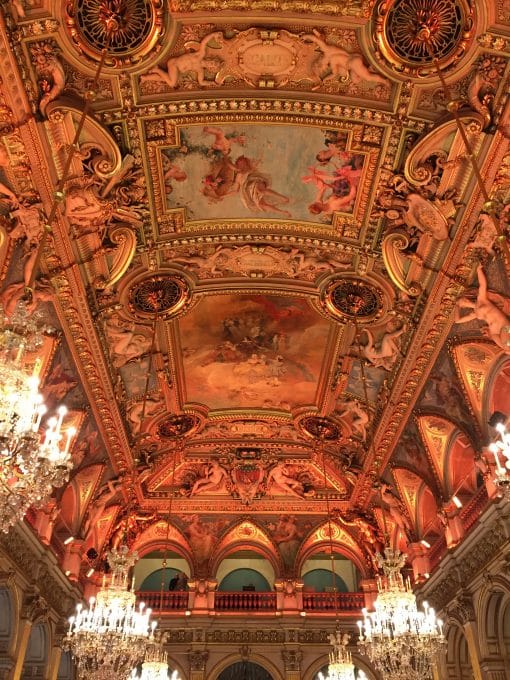 The tour will detail the historical and political roles of this capital city landmark since the 16th century.
After meeting on the large main square outside the building, the impressive facade will be detailed and its history recalled.

Upon entering, we’ll discover all the fantastically decorated reception rooms, including the function room, created as a replica of the Hall of Mirrors at Versailles, as well as the impressive stairs of honor.

Paris city Hall (the Hotel de Ville) is a famous Parisian landmark rich in history and architecture.
Home of Parisian institutions since 1357, King Francis the first had a brand new building replace the former one in the sixteen century. Beautifully decorated and enlarged, it welcomed all official city ceremonies.
The present day Renaissance style building was built on the site of the former one which burnt down during the Paris Commune in 1871.
During 5 centuries, the building and the square outside have seen major moments of national and local history.
The square outside has seen all major executions in France during the Ancien Regime. It also welcomed the King and his guests for all official visits to Paris as well as for special events like weddings or Royal births.

Rebuilt 1882 as a wider copy of the ancient, the present day City Hall had to symbolize the new Republican Regime and outshine both Royal and Imperial time buildings.
The interior decorating is outstanding and luxurious, as a meaning both to impress the people and surpass palaces like Versailles. As such, all Reception rooms, official salons and the main staircase were designed as the most impressive of all state institutions. The most famous sculptors and painters were then commissioned for all interior decorating.
A special room also displays official records, objects and photos from all official ceremonies held to welcome honor guests in Paris.