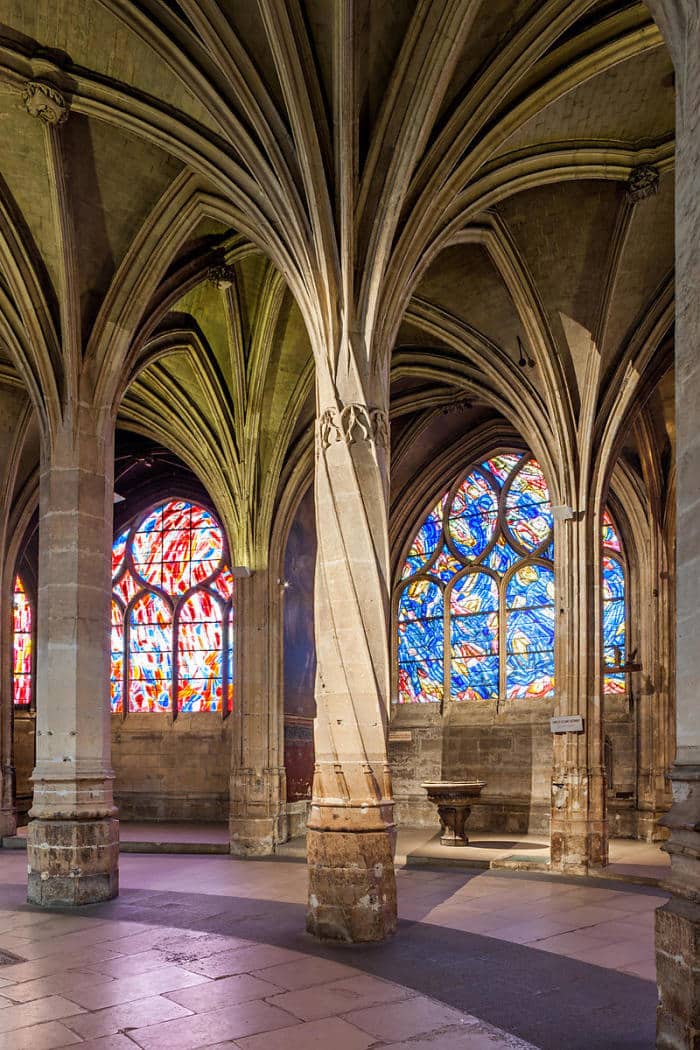 This tour will explore the Cité Island with some of the most beautiful Gothic monuments built in Paris. After a reminder of what the Paris urban plan was in the Middle Ages, we’ll discover the former palace of the Kings, now home of the Palais de Justice (courthouse) where the Queen was on trial during the French Revolution, the Saint Chapel, the Conciergerie (prison during the French Revolution) from the outside, and of course the Cathedral Notre Dame both from outside and inside. The tour will end in the Latin Quarter with a few last interesting places.

Note that due to long lines and security checks, Sainte Chapelle and Conciergerie are on optional visit for the end of the tour.

The Gothic Paris around Notre Dame seminar is aimed at understanding the evolution in Gothic architecture, both civilian and religious. We’ll also talk of the political and historic implications implied by the concentration of Judicial, legislative, executive and religious powers on this fairly small island.

We’ll first take a look at the Cité Palace, now home of the the investigation police and the Palais de Justice, but first palace of the French Kings, when they settled in Paris.
Most of the elements left today date the 13th and 14th century, when the Kings expanded the Palace. Towers, walls and the impressive second biggest Gothic vaulted room in the world (the Conciergerie).

King Saint Louis, in 1242, started the construction of the Sainte Chapelle, jewel of Gothic art, to house the most holy relic in the christian world: the Crown of thorns of the Christ.

We’ll head after for one of the most visited monument in the world: Cathedral Notre Dame.
Started in 1163, and completed by the 1250’s. The magnificent roses where added in the 15th century. The most prestigious and important Church in France was deprived from most of its jewels and art works during the French Revolution, even used as a warehouse for a few years. Refurbishment was led in the 19th century with exciting changes! Due to the fire in April 2019, interior visits have been suspended.

After Notre Dame, we’ll head for a more remote area on the island , before admiring the cathedral from the back, with some key Gothic elements to understand the structure. More medieval building will be on the way and even the oldest tree in Paris in a garden nearby, prior to see the two last Churches of the tour, witnessing changes in the Gothic art, from primitive to flamboyant.