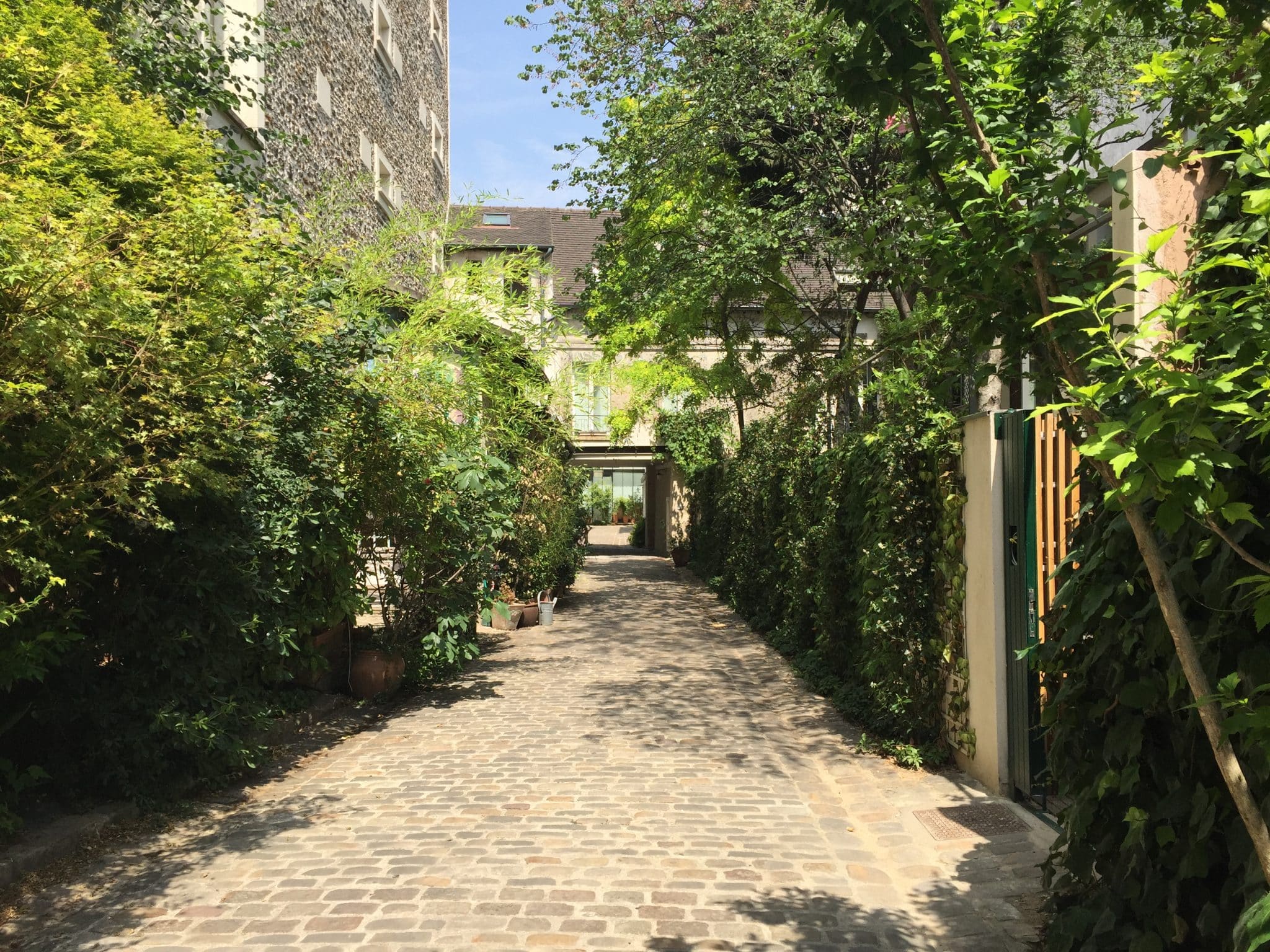 Courtyards and Passages of the Bastille

The Faubourg Saint Antoine has gradually developed around the Royal Abbey of Saint Antoine des Champs, but the bulk of its activities developed when the wood craftsmen settled in this neighborhood. In the early 18th century, over 500 carpenters’ and cabinet makers’ shops thrived in the area thanks to royal commissions and the activity of the abbey. These traditions still exist; although manufacturers are increasingly rare to find, replaced by promoters’ lofts or convenient stores. A meeting is organized with one of the last woodcrafters in his hidden workshop!

Explore the beautiful courtyards and passages of the Bastille !

This visit starts near Bastille square. Passing through the small streets around the plaza, the visit will reveal numerous courtyards and passages of the Bastille area, formerly occupied by Paris’s artisan woodworkers.

The handful of workshops that still exist are often hidden, and the collection of courtyards and passages, while often renovated and occupied by new businesses, still maintain an undeniable charm and often show traces of the past. Some now have very unique and creative uses.

The tour continues to the Place de la Bastille after crossing through several passages, alternating between both quiet and lively streets in this fun and trendy district.

This tour takes you on a surprising walk, often leading through quiet streets in an otherwise lively district, revealing the courtyards and passages of the Bastille.

The district progressively expanded around the Royal Abbey of Saint Antoine des Champs. But the heart of its activity developed when artisan woodworkers set up shop in the area. At the beginning of the 18th century, more than 500 carpentry and cabinet-making shops prospered in the district thanks to the demands of the royalty and the abbey. There were many lively areas due to the large number of workers, and demonstrations and frequent riots also contributed the district’s animated reputation, which has endured for more than 200 years now.
Traditional woodworking still exists in the district although the artisans are more and more rare.

The tour invites you to encounter this glorious past through the rare artisans who still have workshops hidden amidst charming courtyards and passages.

Most of the former workshops are now occupied by offices and professional agencies, or have been converted to lofts in the midst of shaded avenues, which are a paradise for birds and pets and where numerous traces of the past are still evident.

Even though the Bastille’s courtyards and passages are now part of the inescapable gentrification of the district, particularly since the calm privacy found there is a rare luxury in the center of Paris, the artisans of the quarter have not completely disappeared and the festive and feisty ambiance that accompanies them persists.