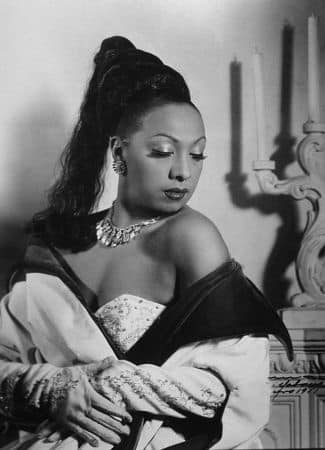 Discover the history of the Black people in France, from slaves to famous artists or politicians and the amazing influence of Paris in the attraction of numerous African Americans authors.
The walking and metro tour will go through different areas of Paris from the left bank to the arc de Triomphe and the Champs-Elysées, in order to explore the relations of the Black people in Paris with prominent themes such as arts, politics, gastronomy, history and stroll through the African and French West-Indies neighborhoods.

We will first explore the passionate relationships between a number of African-American youth that came to Paris following in the footsteps of Josephine Baker and Chester Himes in the area of Saint Germain des Prés. These individuals were seeking inspiration, racial equality, and experimenting with new horizons. In this same area where our tour begins, the most famous jazz musicians also lived and played music imported by African-American soldiers during the First World War. This will also be an opportunity to discuss the influence of the black population on contemporary art and sport.

We will then take the metro to another part of Paris to discover the Caribbean area and explore the relationships between the islands of the Caribbean, the Indian Ocean, and the City of Lights, noting some of its most famous representatives.
We will then move into the African quarter to discover the relationships between France, its former colonies, and the continent as a whole. As we move through the daily market of the area and its many eclectic food, cosmetics and textiles shops, you will see the powerful and enduring influence of Africa in France.

After another short metro ride, we will arrive near the monument that commemorates the end of slavery to address triangular trade and the contribution of the black population in French literature. Then, under the Arc de Triomphe, we will address the involvement of this influential part of the Black population in military history and politics—both past and present—through not only two world wars, but also in many other extraordinary stories.

To end our tour, the most famous African-American-Franco dancer is on the agenda, with a private tour of the beautiful theater where she began her career. This beautiful space has not changed since the 1930’s, and we will see the several windows that are devoted to her and her talented contributions to the arts.