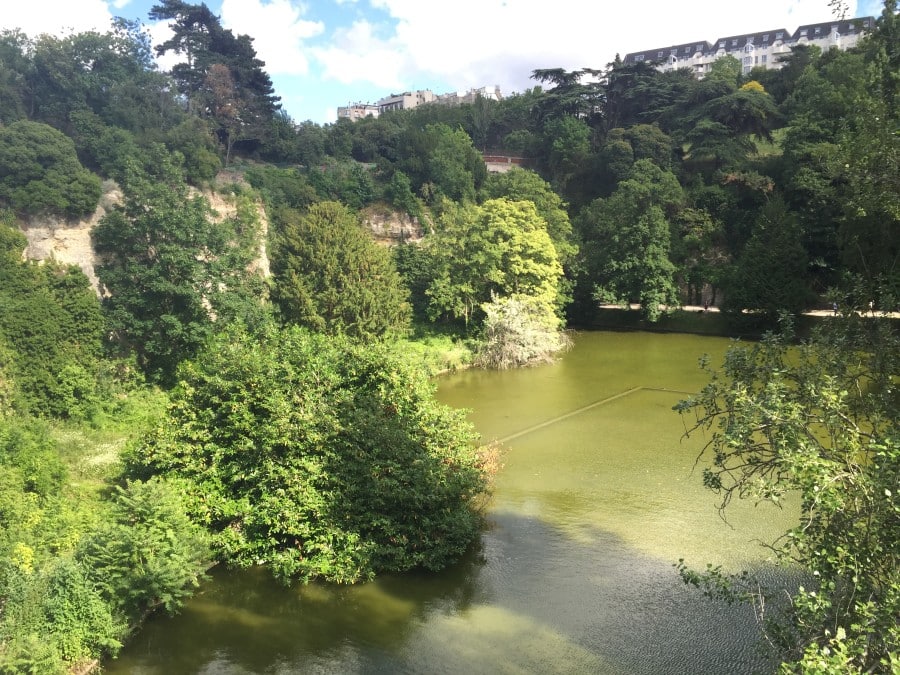 Around the Buttes Chaumont

This walk will uncover a unique place: a small village bordered only with Parisian villas, pedestrian and paved walkways bordered by pretty houses. The whole area surrounded by parks and small gardens. The tour will also take you in one of the last Parisian village, little known to Parisian and hidden in the 19th arrondissement. Nearby, the park of the Buttes Chaumont, created in the 19th century, is considered as the most charming and typically Parisian of all the capital’s parks.

Stroll around the Buttes Chaumont !

This tour, which takes place in the heart of the 19th arrondissement, will show you hidden green areas in the north eastern part of Paris, near the Buttes Chaumont. While strolling along a winding path, you will learn about the industrial and historical past of the Buttes Chaumont. One example is the gypsum quarries which have left their mark on the identity and the topography of the area, and supplied construction sites both in Paris and abroad.
We will start the tour by exploring some little known architectural treasures of the 19th arrondissement, while making our way to a charming hillock with an astonishing history, hidden by tall buildings that were constructed in the 60’s. A long staircase will lead you to an extraordinary view of northern Paris.
Another staircase, which is more like a secret passage, will lead you to the splendid Parc des Buttes Chaumont. It was Napoleon III who decided to improve this area that had been infamous since the middle ages for its gallows, dumping grounds and shelters for criminals and homeless people. He transformed parts of the old quarry into a huge and romantic park with technical inventions, which is still impressing in many ways. During the tour we will discover the secrets and little known stories about the park.
Close by is the Mouzaïa area, also built on top of underground quarries, where we find several small and charming pavilions surrounded by high towers from the 1970’s. We will end our tour in a lovely little square, close to the city limits of Paris. Here we will be able to discuss the identity of the neighborhood, its evolution as well as its future.